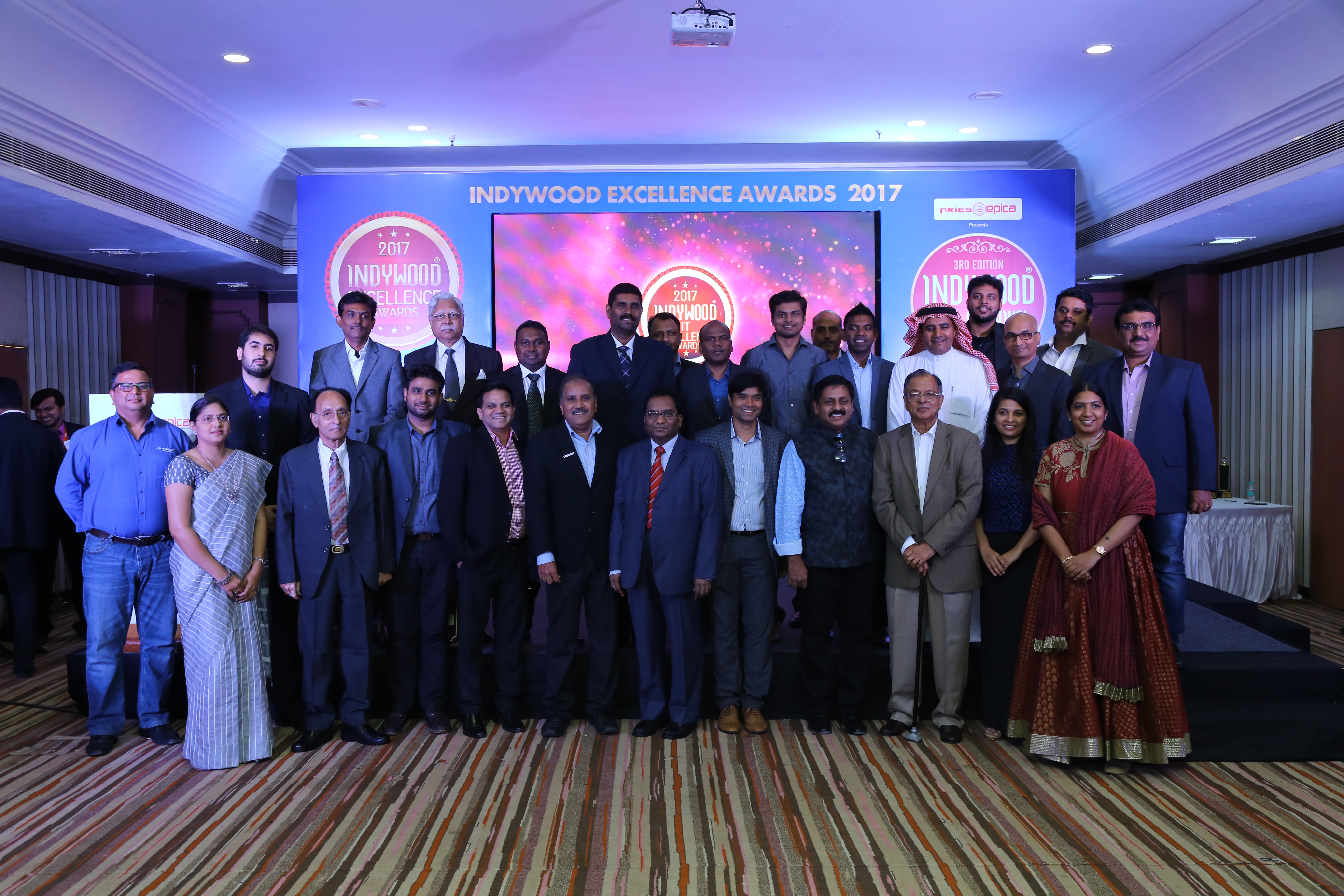 The prestigious Indywood IT Excellence Awards 2017 concluded successfully at Ramoji Film City, Hyderabad on 1st December 2017. The award was organised to recognize and facilitate efforts made by IT organisations and personalities towards the development of their sector. Mr. Mohammed Ibrahim Al Qahtani, senior advisor to Saudi Aramco was the chief guest of the event.

Recognizing the contributions of an individual over the whole of a career, rather than or in addition to single contributions, Indywood IT Excellence Award – Lifetime Achievement award was bestowed upon Mr.V. Senthil Kumar, Co-Founder, Qube Cinema Technologies. Mr. SaiprasadAkkeneni, Director, Prasad Corporation Ltd was honoured with the Personality of the year award for his contributions towards the entertainment sector.

A panel discussion on ‘Contributions of IT industry towards transforming the entertainment sector’ was also conducted during the ceremony. The panel discussed possibilities and the recent innovations made by the IT industry to uplift the entertainment sector and bring it at par with world standards. The session was moderated by Mr. V Rajanna, Vice President & Regional Head, Global Head-Technology Business Unit Head of TCS. Speakers at the session included Mr. Senthil Kumar, Co-Founder, Qube Cinema Technologies and Ms. Ranjana Narawane, Industry Capability Lead for Communication, media and technology at Accenture.

Indywood IT Excellence Awards 2017 was organized as a part of Project Indywood, a US$10 Billion Project to be initiated by a consortium of 2000 Indian corporate and Multi-Millionaires.