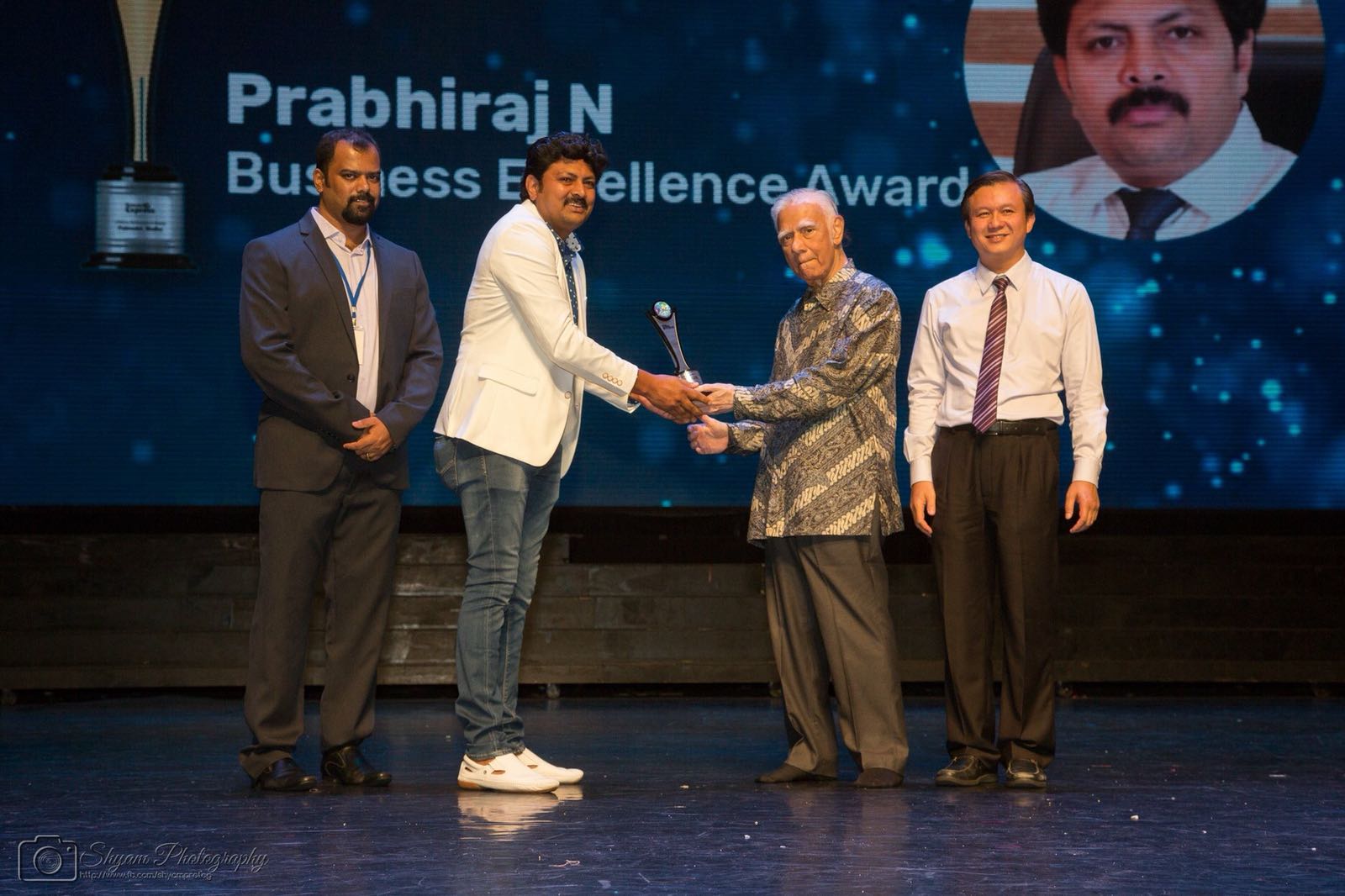 • Prabhiraj played a crucial role in the evolution of UAE-based Aries Group as a global conglomerate.

Prabhiraj Nadarajan, a leading NRI entrepreneur and Managing Director of Aries Group of Companies, has been honored with Singapore Pravasi Express Business Excellence Award for his exceptional leadership qualities and business acumen.

UAE headquartered Aries Group is a multinational consortium of 47 companies having the presence in 15 countries.

Prabhiraj, known for his management strategies, played a crucial role in transforming Aries Group to a global conglomerate within a short span of time. Under his astute leadership, UT division of the group became the largest thickness gauging company in the world. The division has grown rapidly over the last few years and became world-class Inspection and Maintenance division with 25 subdivisions, handling more than 150 activities with around 850 staff.

As a part of Corporate Social Responsibility (CSR) and women empowerment activities, he recently established an office at his hometown in Punalur in Kollam district. The office employs 85 staff, most of which are women. He also has been distributing pension and welfare schemes for 30 parents in his village.